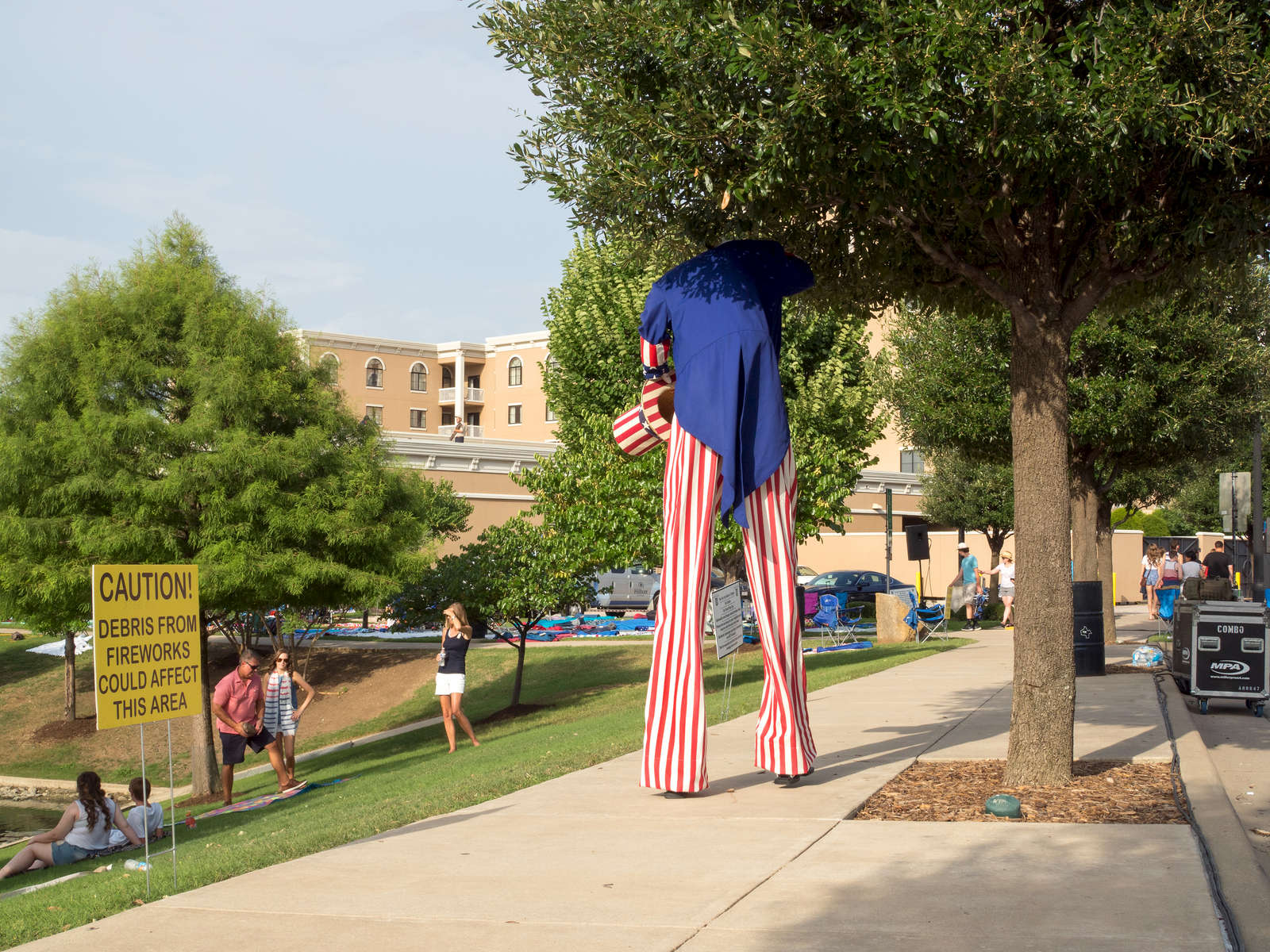 'Uncle Sam' ducks under a tree on a walk around Southlake as part of the annual Stars & Stripes celebration.