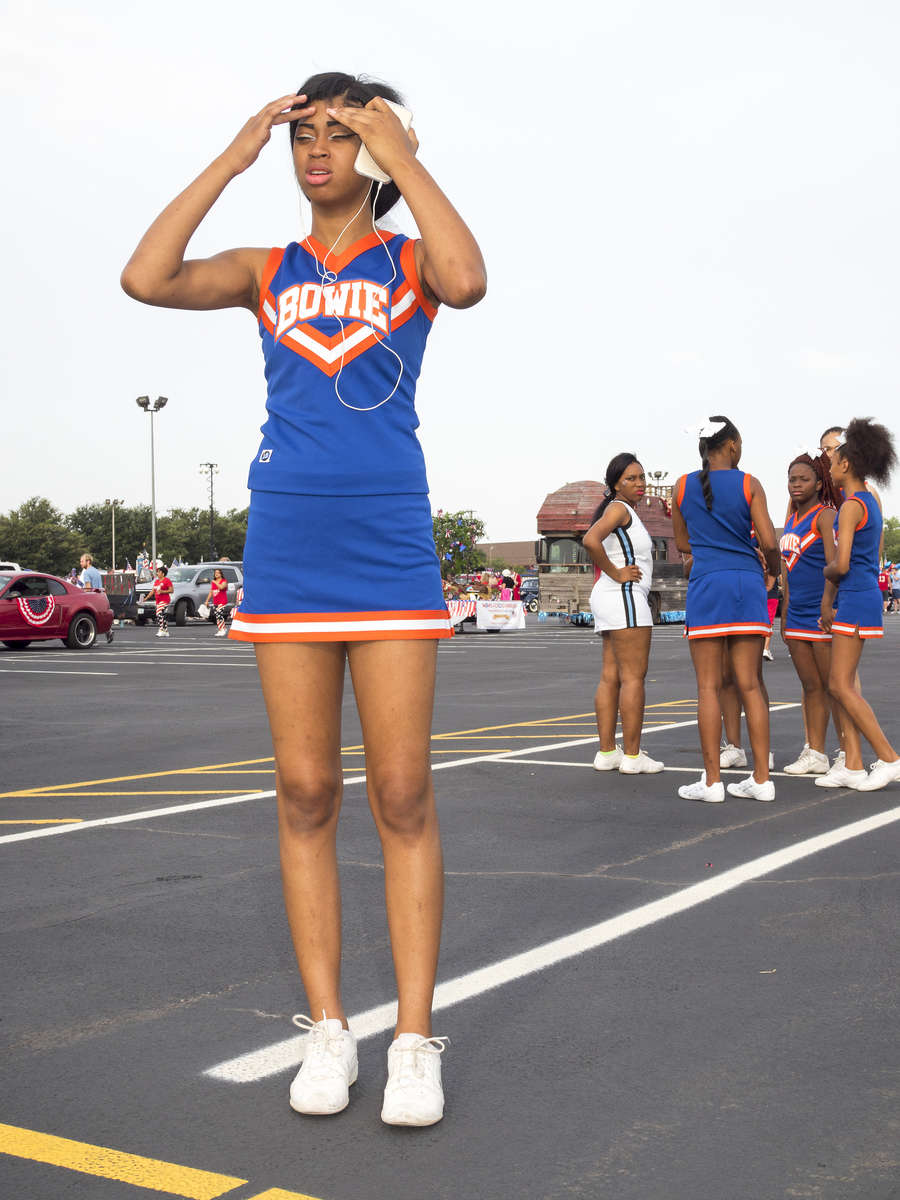 A cheerleader on the morning of the 4th July Independence Day parade in Arlington, a city 20 miles west of downtown Dallas.