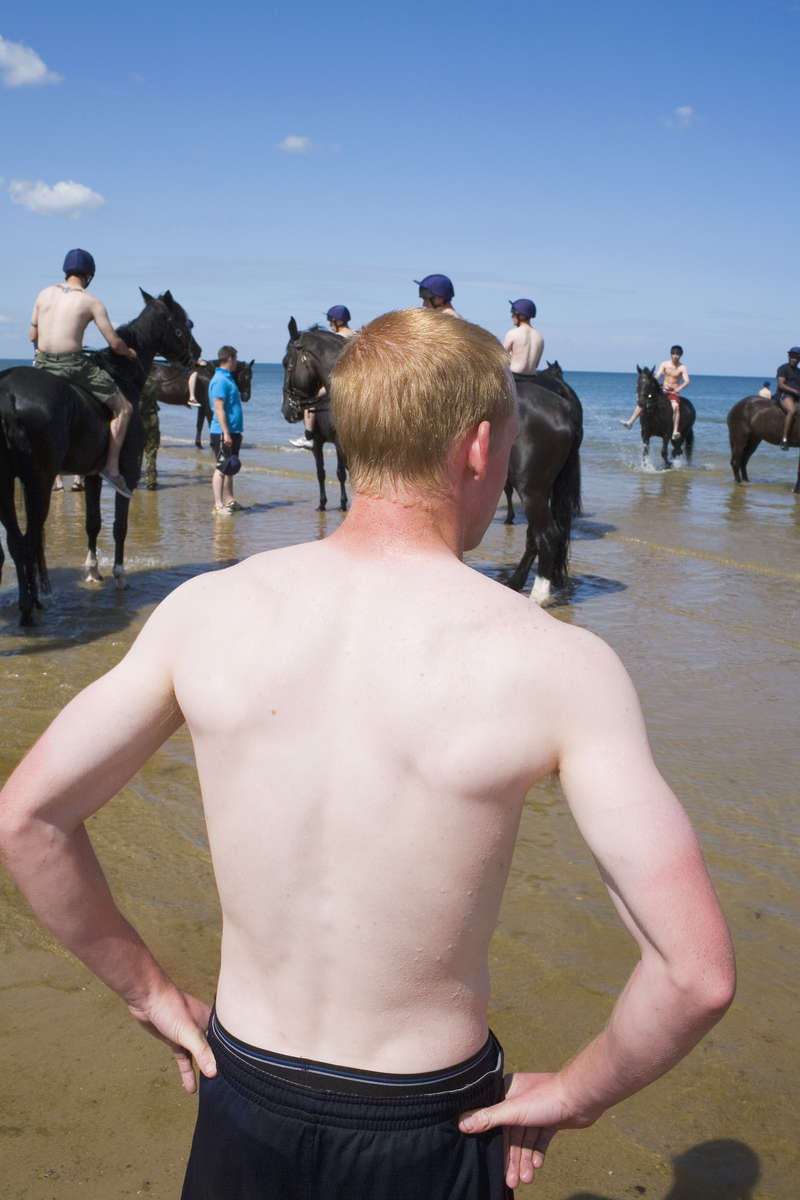 Members of the mounted regiment's Blues and Royals squadron enjoy a break from their regular routine at Holkham beach. The Household Cavalry is made up of squadrons from the Life Guards and the Blues & Royals. They are the two oldest and most senior regiments in the British Army and maintain a world-famous tradition dating back to 1660. The two different units are equipped to perform quite different roles. One is the Household Cavalry Armoured Regiment in Windsor, which has an armoured reconnaisance role in conflicts, while at Knightsbridge, the Household Cavalry Mounted Regiment, is the Queen's personal bodyguard. Officers and men rotate between the two units. As able in a light tank as they are in the saddle, they are arguably some of the most versatile soldiers in the British Army.