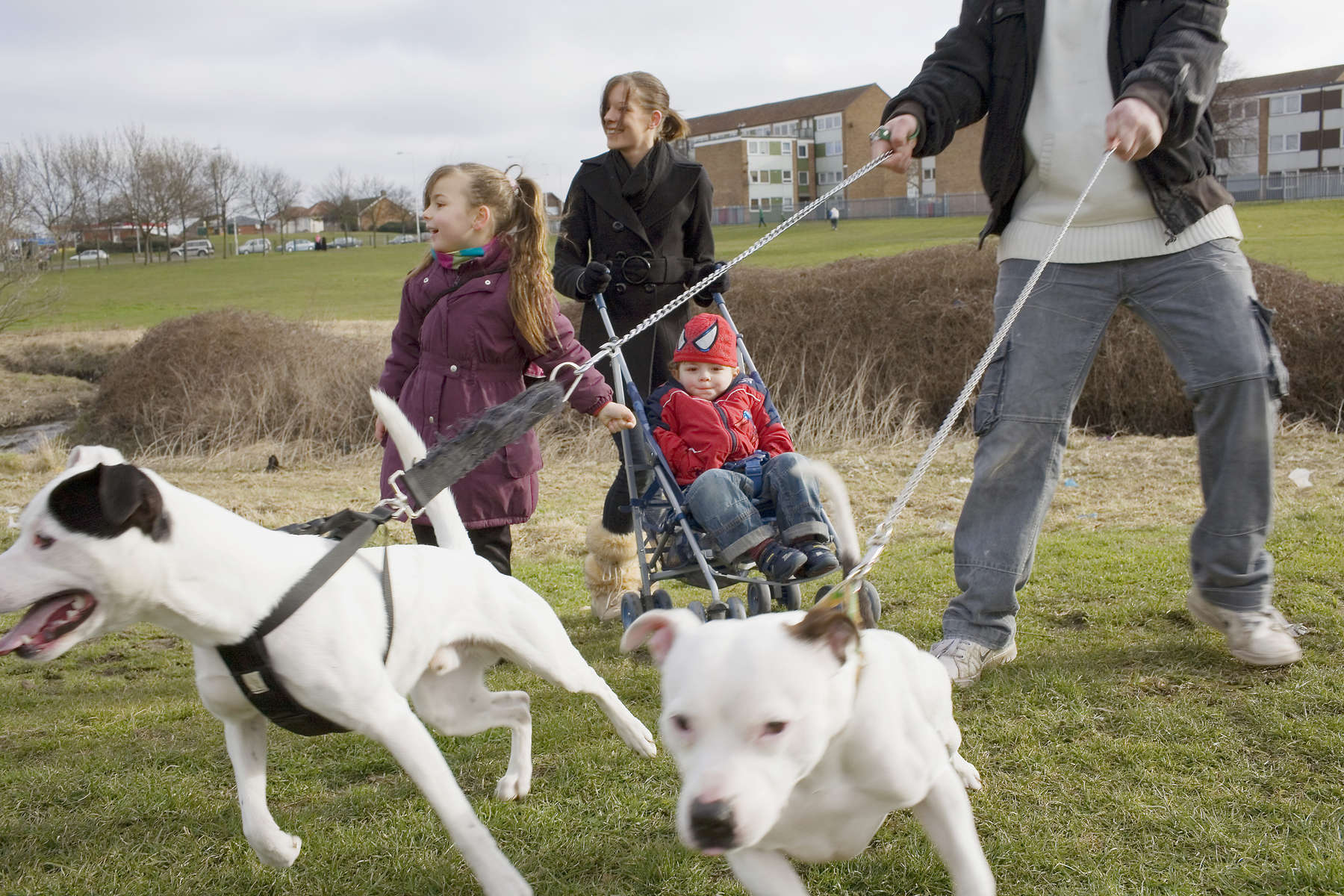 From left - 5 year old Ellie, Tina Connelly, Kayne 3, and Darren Bernard with dogs Ronnie and Boycie on park land in front of the crumbling Leys Estate in Dagenham.

Dagenham is a large suburb in east London, England forming part of the borough of Barking & Dagenham 12 miles from Charing Cross.

In 1931 the Ford Motor Company relocated to Dagenham. At its peak the plant had 4 million square feet of floor space employing 40,000. On February 20, 2002 full production was discontinued and the work force has shrunk to around 2500 causing economic decline to Dagenham and the surrounding area.